When little Julius came running up to me Rapunzel in the street on that sunny July day, I knew he was a Pit Bull kind of dog, but what exactly might he be? He and Ray are very clearly Pit Bulls, but other than their height, they don’t look at all alike. Also, as the mom of two rescue dogs, I am in a very unique position in that I’ve seen the mothers of both my boys.

If you’ve been around for any length of time, you may know that we did Ray’s dna through Wisdom Panel back in 2012 and Ray appears to be an American Bulldog/Boxer/mix dog. So we wondered, with some very distinct differences between the two, what would we find when we tested the Juli-bean? We know he loves water, so maybe he is a seal? 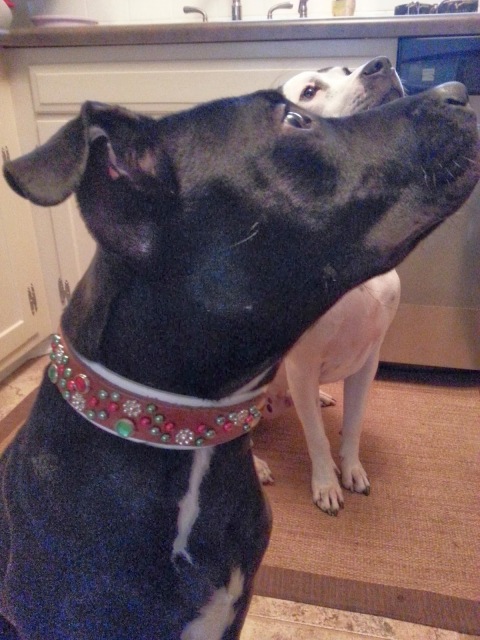 So, we swabbed the little guy and just as I was telling him that we should be receiving the results soon, in the mailbox they appeared.

Soooo…best guess. What do you think makes up a Juli-bean?

P.S. He should be one year old in February and he weighs 74 pounds right now.

5 thoughts on “Snips and Snails”