Since Julius goes to doggie daycare several times a week, I try to make sure Ray, who is still on limited activity, gets plenty of mental stimulation and Mommy time.  This weekend I had to go to the old house and make sure the pool drain was low, so I loaded Ray into the Pittie Van and we set off.  Ray got to play around in the yard which was nice and grassy in comparison to our yard here which, despite my efforts looks like poopageddon in a mud hole.  After we finished that task, we ventured over to TSC where Ray’s “friend” was working.  We also had to replentish his kibble, so we went to Petco to wander about and although they were out of his food, we scored big time with a Kong backpack, originally $50 and on sale for $12. 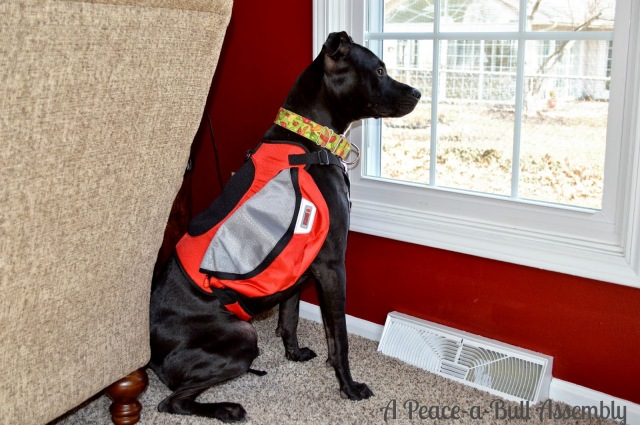 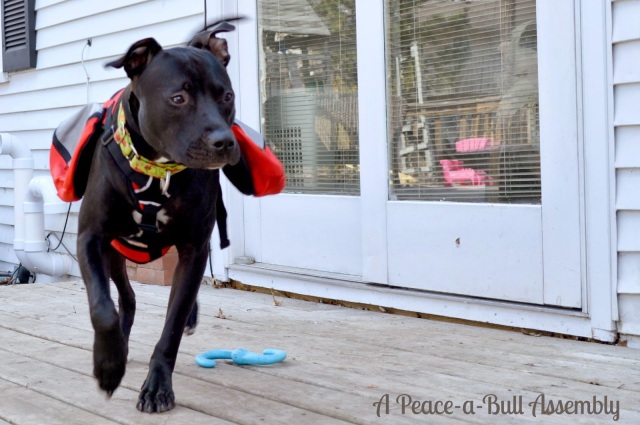 Ray didn’t actually like it much but Julius put it on and really felt like he was stylin’.  Now we just need a place to take him hiking.

What was your fun purchase of the weekend?