Adoptaversary letters are pretty popular and I had every intention of writing one to Julius, but then upon further reflection I realized that in the most literal of terms, he was never officially adopted and that he knows he is loved. I whisper in his ear every morning, every afternoon and every evening how much he is loved, cherished and how lucky I am to have him in my life. I tell him he is the best thing I’ve ever found on the street. I fully believe he loves his life as it is today.

So… the letter. This letter is to the woman who offered Julius a chance at a better life.

One year ago a happy, dusty, collarless, mangy-looking little puppy came bounding into and nearly back out of my life. Whether I found him or he found me is up for debate, but what is crystal clear is that he was the sweetest, friendliest dog I’d seen ever.  Among all of the stray black dogs, who are a “dime a dozen,” he had that special something -something that made him worth “rescuing.” 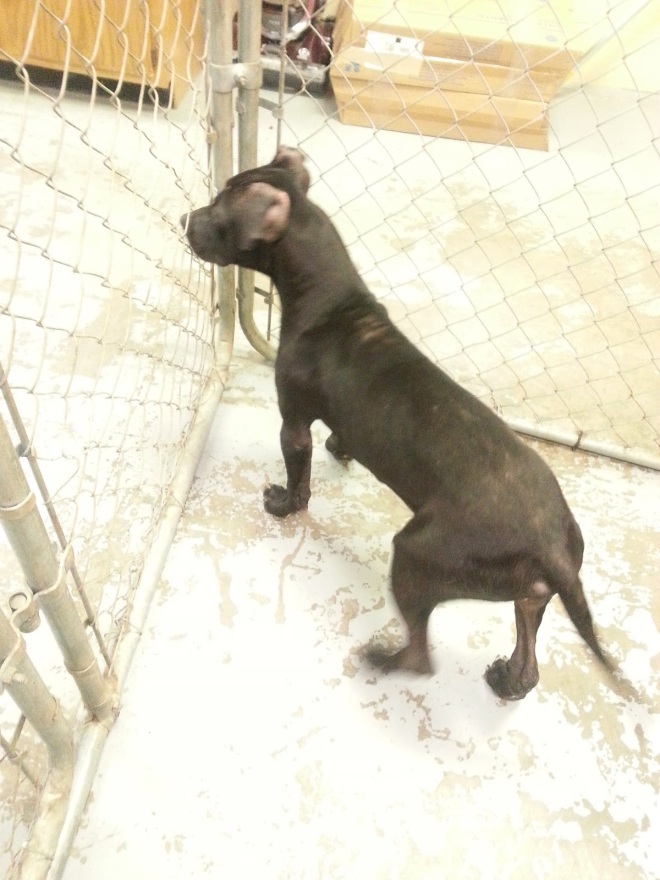 We both know the details of how he came to live with me and for those who don’t, they can be found here and here. The message relayed to me was that you thought I could give him a better home. I remember telling the story to my sister who began wailing, “What a good person!” over and over again. I was feeling warm until I realized she was referring to YOU, not me. You gave up the sweetest dog in the world to give him a better life than the one he was destined for so I’d like for you to know, I’m eternally grateful.

Julius (your Smokey) lives in the house with me, my husband, our daughter, granddaughter, his doggy big brother, Ray, and his kitties, Jae and Miko.

He sleeps in bed with his humans, sometimes with the girls, sometimes with me. When he sleeps with me, he creates a huge nest of pillows in which to settle, but by morning, I always find either his head or his snout pressed against me. I believe that even in his sleep, he likes to be assured that his Mommy is nearby.

Julius eats two regular meals a day-breakfast and dinner like clockwork. He has grown from a gangly six month old with patchy, dull hair who wolfed down all available food to a sleek, fit, muscular young ambassador for his type. He now knows what food he likes and what he doesn’t like. He now “knows” that he has options available. 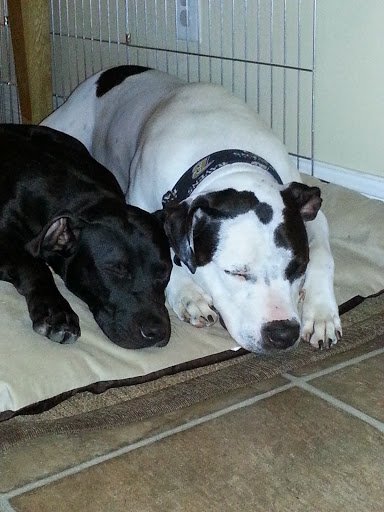 Julius has an embarrassment of riches to occupy his time. He has antlers of nearly every shape and size, a huge basket of stuffies, bags of treats that have yet to be opened in the pantry, and a whole crew of friends at his doggy day care. Yes, my Julius goes to doggy day care where today, there will be a party for him in honor of the new life you’ve allowed him to lead. He will have all of the trappings that come with a party, but he will have no gifts.

His present is his present. He lives in the here and now, he enjoys his life and we love him. Dozens of people have asked to have him, buy him, or breed him, but all are turned away. Julius is truly a precious boy and our lives are richer for having him in it. So to you, I say “thank you.”

I’ve actually designated July 26th as his Gotcha Day, but that will fall on Saturday.