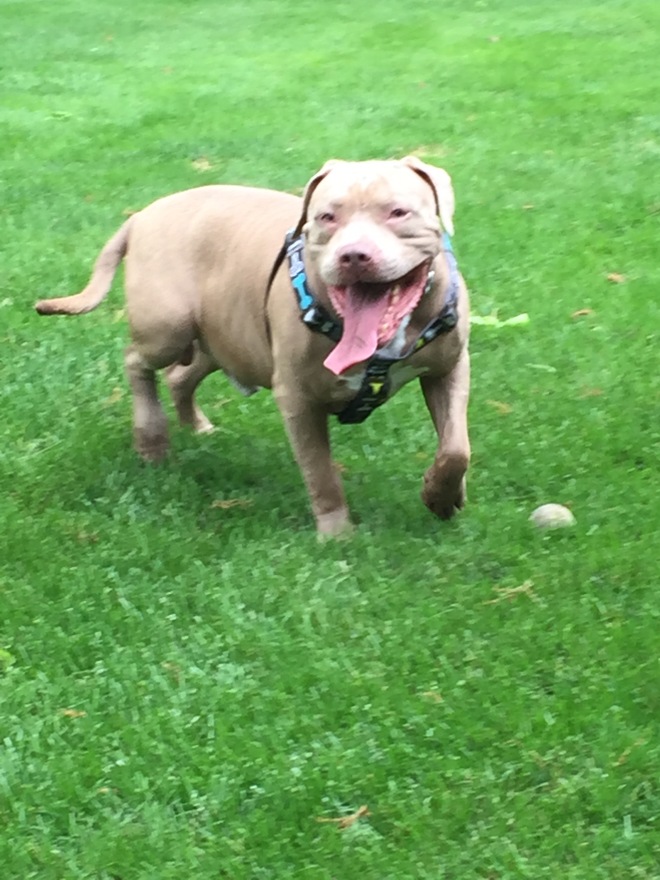 Before I get to that, though, I need to apologize to not only our Animal Care facility but to the one from which we pulled Bentley, Jack and the other Vicktory Riders and any other which fall under this blanket.  While I believe in and support the no- kill movement, I will not be referring to these facilities as “kill shelters” and although we recently published this guest post, we did not realize we were still referring to these shelters as such.

Actually, back in March when members of the Pit Bull Coalition went to Bentley’s shelter to evaluate some intakes there, we brought back Miss VooDoo to be placed with the Allen County SPCA.  It didn’t even strike me that she was a ‘bucket list’ pull.  Next the five Vicktory Riders came with me to the SPCA and possibly because they were really going from one shelter to another it still didn’t connect in my mind.  On the day that I walked Rhino out of the shelter to be placed in a foster home, I realized that while he was leaving to different circumstances, he was the seventh dog to walk out of an open intake shelter with me.

(No, we aren’t fostering the Rhino)

Have you ever achieved something that you thought would be momentous but became “a thing” you do? It almost seems more exciting now, but surprisingly life doesn’t come with fanfare.

One thought on “Goals and Damages”