In October while attending CatWalk, which is one of the major fundraising events for the Allen County SPCA, I came to an odd and at the time, fairly awkward realization. While I serve on the boards of both the SPCA and the Fort Wayne Pit Bull Coalition, neither of my dogs were adopted from either organization.

At the time it was fairly amusing because I believe there was a call for a show of hands at CatWalk of those who had adopted from the SPCA and while Asia was able to proudly affirm, I sheepishly did not much to the amusement of our table mates.

It wasn’t until I was engaging in a conversation with Ray and Julius about why I love them so much that it hit me: they were both rescued, or adopted or whatever word you want to use, as a direct result of something I did. 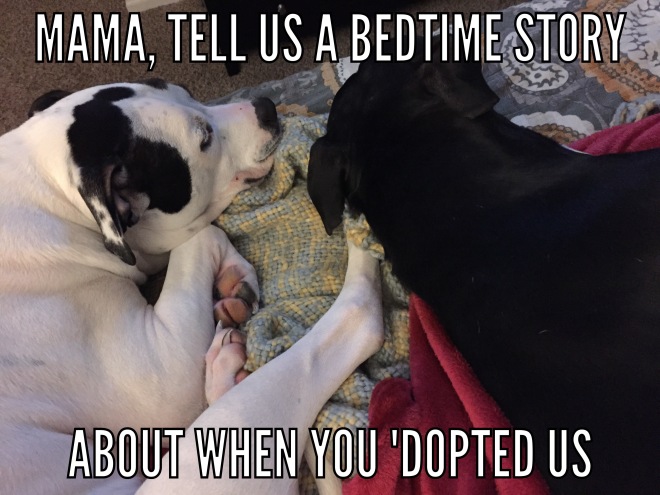 Please understand I’m not patting myself on the back or anything, I’m just stating this as one of the many reasons why I feel so connected to them, and especially to Ray. 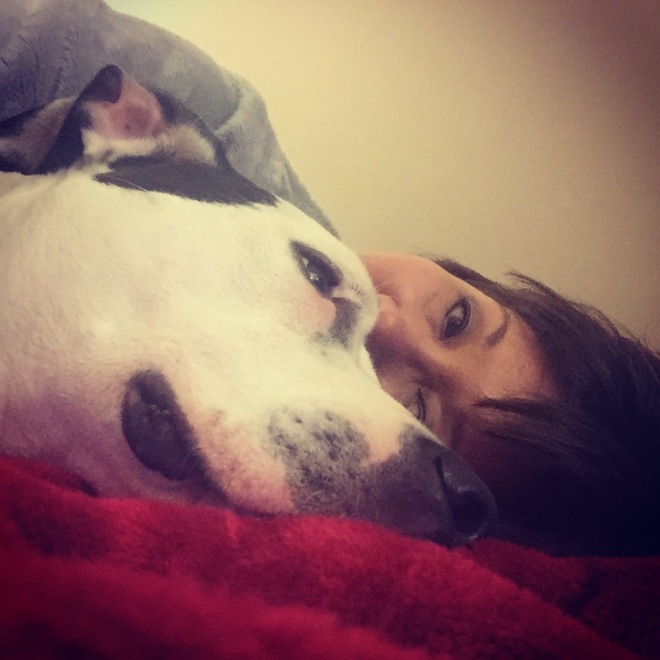 For those who are newer around these parts, I’ll tell you the story of how Ray came into rescue and into our lives. I’ve tole it before but I’ve always left a small but interesting part out. I think we can now tell the whole tale so be sure to check back tomorrow to read all about how Ray came to be mine.