Recently I was able to attend a seminar in Detroit given by the HSUS about their Pets for Life program. While I was pretty excited to attend I had very few expectations other than a) to be inspired and motivated and b) a bit apprehensive of the provided lunch since it would be vegan. I can eat copious amounts of vegetables but had somehow worked myself up to believing I’d probably shrivel up without a dollop of mayo (which I rarely use) or a bit of cheese. Fortunately I was correct in the first instance and utterly off base on the second. I came away inspired, motivated and satiated. Lunch was completely delicious and satisfying, including the vegan chocolate chip cookie.* 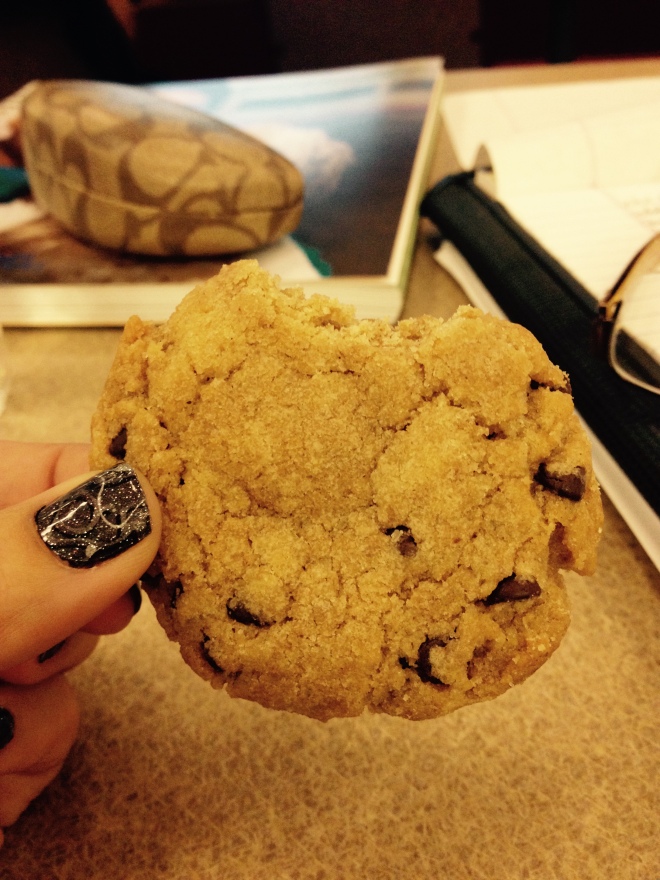 I swear I didn’t add the gratuitous cookie picture just to show off my fancy nails. Ok, maybe I did.

When our shelter director brought information about Pets for Life back from a HSUS conference she attended earlier this year, I was intrigued and hoped that we would be able to implement this program here in Fort Wayne in an effort to make an impact and to help pet owners in underserved areas of the city keep their pets. I think we who volunteer at Allen County SPCA get to see a small slice of that community because the shelter is located in one of the zip codes which could be targeted for the program. Being a visitor/dog walker in the neighborhood around the shelter has made me feel a type of bond with the area and with some of the people I’ve met. I’ve talked to people along our walks about their dogs, neighbors helped me “rescue” Julius and in return when one of them asked about equipment, I gave her an old harness that I used on Ray when he was a puppy and on smaller dogs like Glamour. Helping others with resources is one of the major factors of this initiative and something I’m very interested in. 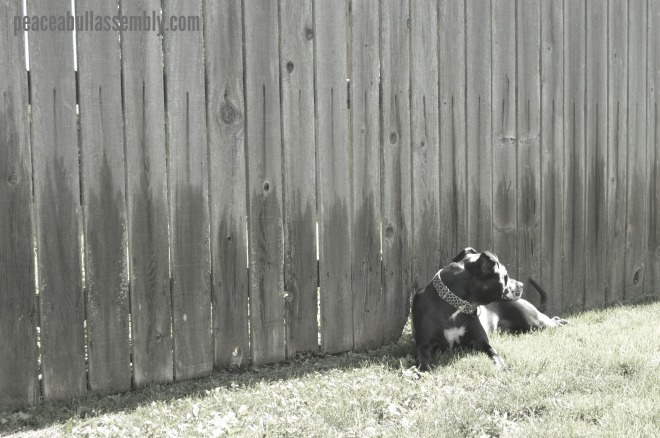 Though we’ve been beginning to implement a Pets For Life program, it has mostly been centered around pet food and some other donated supplies whereas HSUS talked about things like free spay and neuters, vaccination clinics, medications like flea and tick preventative or equipment such as collars, leashes or dog houses. I think it will take some time to get this going in our area along with some false starts and baby steps but when it gets up and running will be a great resource for our underserved pet lovers in general.

Throughout the day, we learned about the Pets For Life program and how HSUS has targeted the audience and about implementation. We learned about pets in poverty and the differences between systematically poor as opposed to being conditionally poor as well as how the systematically poor often don’t utilize many resources available simply because they aren’t aware of them. We discussed respect and minimizing the “power dynamic” to ensure that when visiting people we are never “educating” them but rather “sharing information.” We learned about having a plan, setting realistic expectations and always being transparent with the clients and finally to understand that above all these are not “our” successes or “our” failures. They talked about how even a reduced fee spay or neuter might possibly be out of reach for some families who are struggling to feed and clothe themselves on a poverty level budget. That doesn’t mean they love their pets any less because they can’t provide as much and it doesn’t mean they don’t “deserve” to own pets. Each spay is a win for the animal and each utilized resource is empowerment for the pet owner and we are just the tools by which to help them along.

The audience was made up of a nice mix of staff of shelters and rescues as well as volunteers of both. There were groups who have been practicing the Pets For Life way and could attest to the success and there were those who, I felt based on questions and feedback, would not be in a position or mindset to implement the program. That’s ok. Pets For Life is focused on helping people keep their pets and not about knocking on doors and removing pets. Enforcement and rescue do have a major place in animal welfare and while extremely important, are not what Pets For Life is focused on, though HSUS representatives were very clear that if they encountered situations that they felt needed to be reported on, they had a transparent enough and respectful enough relationship with their clients to say, “this is not something I can ignore” and reported when necessary.

We also learned about data collection and were given a sample of the form HSUS uses when developing a relationship with clients. The one page, front and back form is a bit daunting but apparently most of the info can be gleaned just from conversations with clients and can also be filled out over the course of several visits. I do have a teensy issue with question 12/12 a. of the form as the “ask” is if you own a cat or dog, and if you answered dog, “type of breed.” That in itself is nearly fine, but the choices are: (in order as listed on HSUS form)
A) Pit Bull type
B) Toy dog (Chihuahua, Shih Tzu, small white fluffy dog)
C) Medium dog (Cocker Spaniel, Beagle)
D) Large dog (Rottweiler, Labradors, German Shepherd)
E) Mix, unclear what major breed is involved

I would like to see the form, if asking for size or breed give choices and make spaces for such. If we single out Pit Bull types as a separate but equal category, we are, in my opinion, perpetuating the “Pit Bull” stigma as well as possibly implying that a certain socioeconomic group might tend to have a certain type of dog. How about just small, medium, large and then a space for predominant breed?

Overall, I found the seminar interesting and motivating and am curious to see how it can and will be implemented in Fort Wayne.

*Full disclosure is that I’m not much of a chocolate chip cookie fan, so that might be partly why these were so delicious to me.