I bet you think I’m going to talk about Ray…

Self-Discovery
While I do consider myself an animal lover and I love my little menagerie, I have come to discover I’m a bit dog selective.

While I do love those animals called dogs in general and I know it isn’t a secret that I gravitate toward a certain “type,” I’ve realized that there are some that while I don’t actively avoid them  I certainly don’t seek out their company.  Because I walk dogs at the shelter so often on my lunch, there are certain limitations I’ve found.  Obviously, I can’t walk everyone in just an hour, so that usually narrows down the field to anyone who may not yet have been walked.  Also, since some dogs are kenneled together as roommates, I usually avoid that.  Because I am there in dress clothes, entering a kennel with two pooches is just that much harder in heels and/ a dress.  Then there’s fur.  The super shedders get a bit less attention as well because although I do have a lint roller in the truck, I just generally prefer hair.  Our last dog, Bam Bam was a chow chow and during shedding  season she  literally dropped small animals from her body on a daily basis.

Size Matters
It may or may not be surprising to know that the Rottweiler is one of my favorite breeds.  When I was a young adult living in Chicago, we had two.  I loooooved them and when I started whining pushing to adopt a dog a couple of years ago, I started looking for a Rottie.  I like big, muscular dogs with short non-furry hair, and blocky heads.  I eventually came to want a Pit bull type and resigned myself that I would have a “small dog.”  You know, 40-55 pounds.  Small.  I’ve handled other dogs way smaller and have become smitten with them but I still wouldn’t normally gravitate there.

I might be one of the few people who would call a Pit Bull type dog small, but there was a criteria to follow.  I always swore I would never have a dog smaller than my cat. I have three cats and the largest, Miko, weighs twenty pounds so with that starting point, 40 pounds is still “small.” 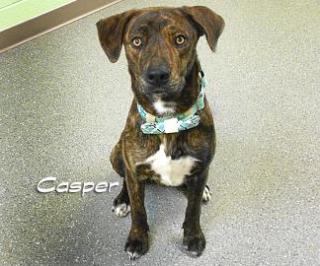 It’s ironic and a happy circumstance that when I resolved that a Pit Bull type (smallish) dog would be fine and I adopted a puppy born of a 39 pound Pit Bull, that I would end up with an 85 pound dog.

No Schedule
Several other volunteers that I’ve been chatting with have pretty set schedules with certain days and times they come.  I know it’s good so to have that to count on but with work and other things that pop up, I’m not able to commit to specific days or even times.  There are weeks I’ve found myself driving to the shelter as if my sheer will of the truck steering there and other weeks when I find I’m only able or for some reason willing to go one or two days.  Yesterday I may have hit me as to why.  I took the Glamour girl out for a walk and as we strolled and chatted about being girls and wearing pretty things I realized how much fun I was having with her.  We found a patch of long, cool grass under a shady tree where she promptly rolled and wallowed in a most ladylike fashion while I sat and babbled on to her about pretty collars and Sheila E.

Today, I have a ton of errands to run but the call of the short haired block heads reverberates in my mind.   I imagine that has something to do with my lunch plans.

One thought on “Dog Selective”