The difference between volunteering at a bustling shelter and an up and coming rescue is vast but no matter what the rewards are great.  If you see my Facebook at all you know that in the past year and a half or so I’ve become more and more involved with the Pit Bull Coalition and that definitely has caused a shift in my so called free time.  That’s completely fine, though because I’m doing something that I believe in and it’s something that I feel passionate about.

We ended last year with having done 109 adoptions and as of the end of August this year have done 124. My not so secret goal is to reach 200 but if it doesn’t happen it doesn’t happen.  I won’t push an adoption to reach a numeric goal but we will just keep plugging away at it and one of the things I stress with adopters is that once you adopt from the Pit Bull Coalition, you are family.  We are intrusive in the best possible way, of course.  Naturally we do follow ups and love seeing pictures of our alumni in their happy homes.  I’m honored to be Facebook friends with numerous adopters to see them out and about at events and to be “real life” friends as well.

Occasionally we get an especially touching case and Kya was just such a case.  She was about 7 years old last fall at the time of intake and she had lived with a couple who then had children therefore relegated Kya to the in-laws home where she was cared for but not necessarily doted on.  She had the basics but eventually was given to us in hopes of finding her a better life.

I had been working with a lady who eventually became dubbed “The Crying Lady” because, well, she had recently lost her dog and was quite emotional when meeting our adoptables.  She was well balanced by her stoic hubby and they were just the nicest couple.  After seeing Kya’s picture, TCL called me and I answered the phone to hear only sobbing.  We knew Kya was the gal for her and for the following months, Kya was treated like a princess.  She became the beloved puppy that she never got a chance to be and was completely doted on. 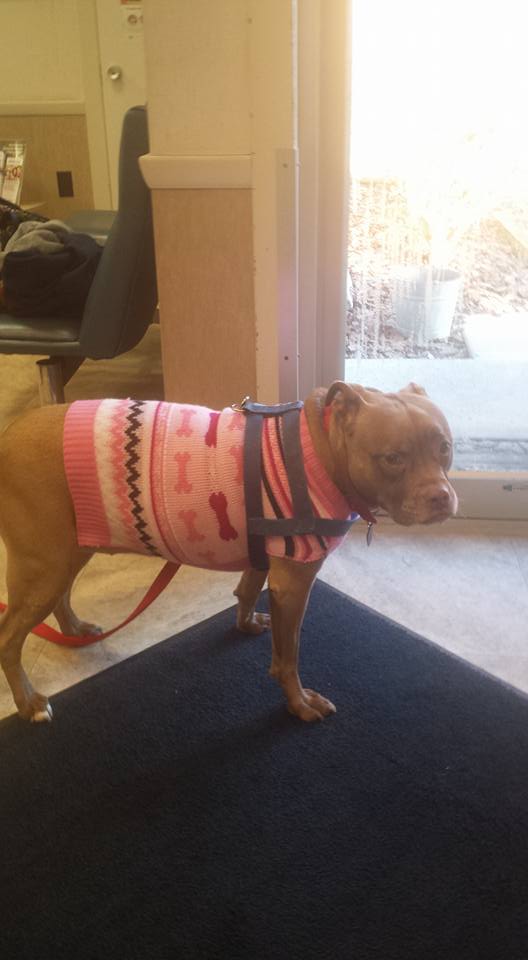 As often happens with these stories, we learned just after a month or two after her adoption that Kya had cancer so her adoring parents set out to make the next few months the best ever for her.  When it became apparent that her time was winding down I met TCL and the Stoic Man at the vet to lend support as they sent her off to romp pain free at the bridge.  She was hugged and stroked and comforted every step of the way and as her last breath left, we applied some red lipstick to her nose and made an impression.  TCL left the lipstick on Kya to send her off to the bridge looking pretty.

We are family.  When you adopt from us, you adopt us for as much or as little as you want us in your life.  We don’t just adopt animals, we adopt family members.  We adopt love.

I’m not an overly demonstrative person and I try to keep my emotions pretty tightly bound.  In my mind that helps when I lend this support in times like this.  I hope Kya knows how adored she was.  I think she knew and I think she sent me a sign.  Feeling pretty solemn after the morning but soon, so very soon, I received a sign…a sign possibly from Kya signifying life goes on… 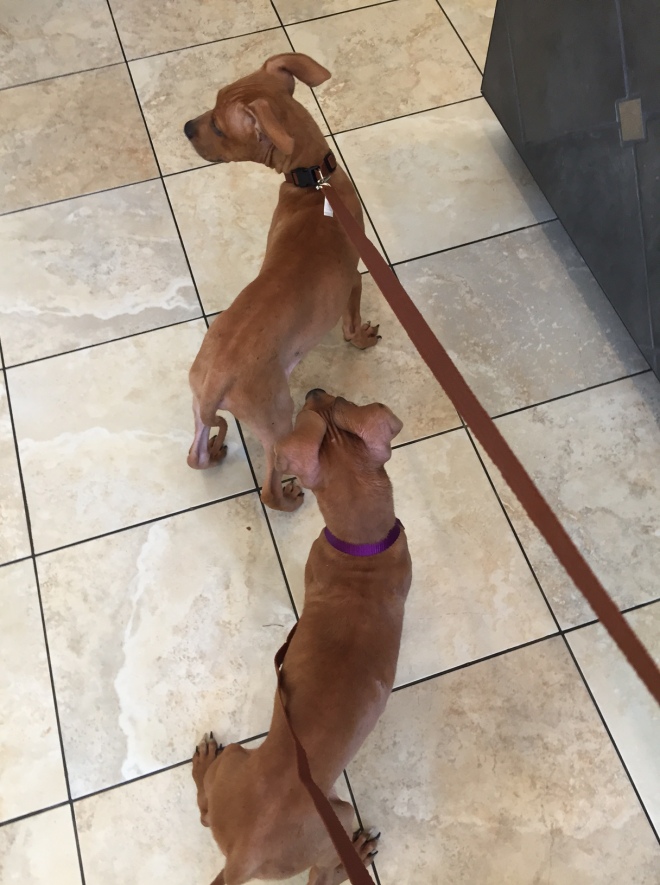 I got to pick these two little nuggets of love and bring them into rescue. 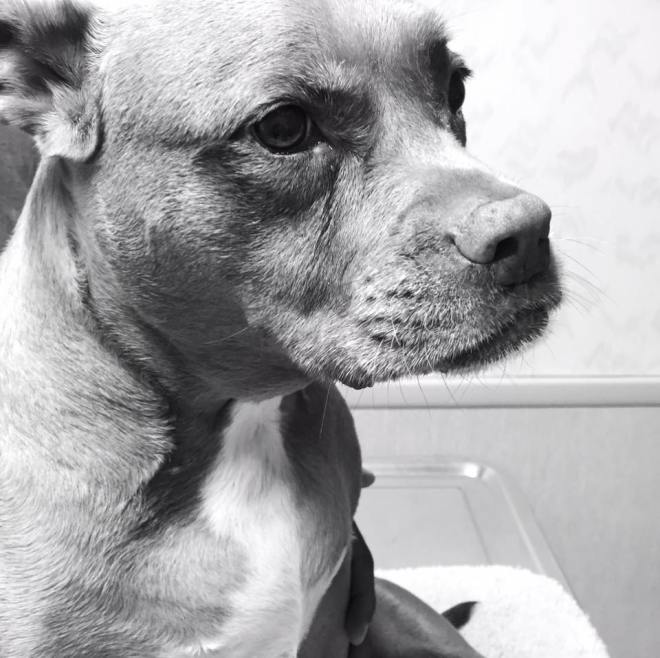 2 thoughts on “Ups and Downs and Highs and Lows”