I’ll admit it.  I was so keyed up last night I could hardly sleep.  Our Sirius Likes campagn (or Dollars for Collars) had such a huge first day that it was hard to put down the computer and walk away.  I had hoped for some good traffic but I have to tell you a secret.  Once upon a time, during the first year that we moved to this town we threw a party and no one came.  We had some family over for New Years and had invited a couple people from work but they said they drove by and didn’t see any cars so they didn’t stop.  Granted we’re talking about just two people, but the whole threw a party and no one came has haunted me for years.  Thus, I figured giving myself an entire week would hopefully get us to our minimum goal of gaining 300 more likes. 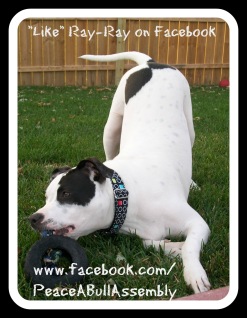 I’m feeling humbled and grateful to report that we are less than 100 away from that goal and  we have another surprise coming later this week!

We do appreciate all the sharing happening and are so excited for the new collars that the adoptable pooches at SPCA will have.  Thank you, thank you friends!

4 thoughts on “We Love You, Friends!”