So, officially about two weeks in our new home and we are all settling in nicely.  Julius has a big privacy-fenced yard in which to play and explore without the hassle of trying to police the neighborhood and Ray has the same yard which allows him to roam and explore.  The yard is completely encompassed by raised beds of one sort or another which will be going away, but in the meantime, Ray has chosen the only one that has blooming flowers in which to sun bathe.  I don’t mind, I just wish I could snap a picture of him doing his Ferdinand impression, but it’s enough that he’s happy.

While we felt our last house was move in ready (apart from the 24 windows, furnace, air, and roof that we replaced) this house came with a very long list.  I’m not even going to call it a honey-dew list because of the extent. We got the majority of the rooms stripped of wall paper and painted and a lot of flooring redone but there is just so much more to do. 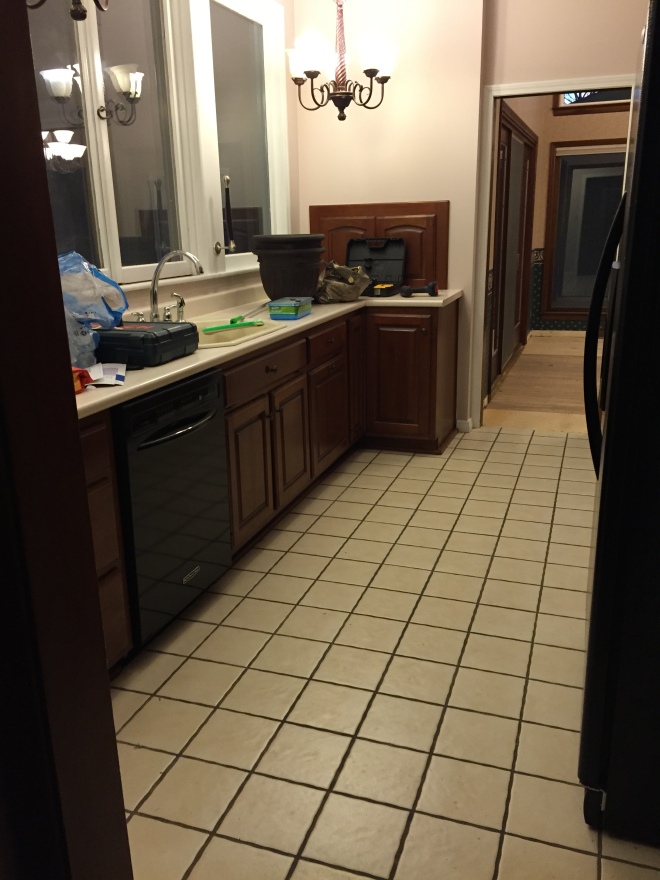 While I wouldn’t call the kitchen done by any stretch of the imagination, it is already 100% better, so this will be the kitchen “interim” picture. 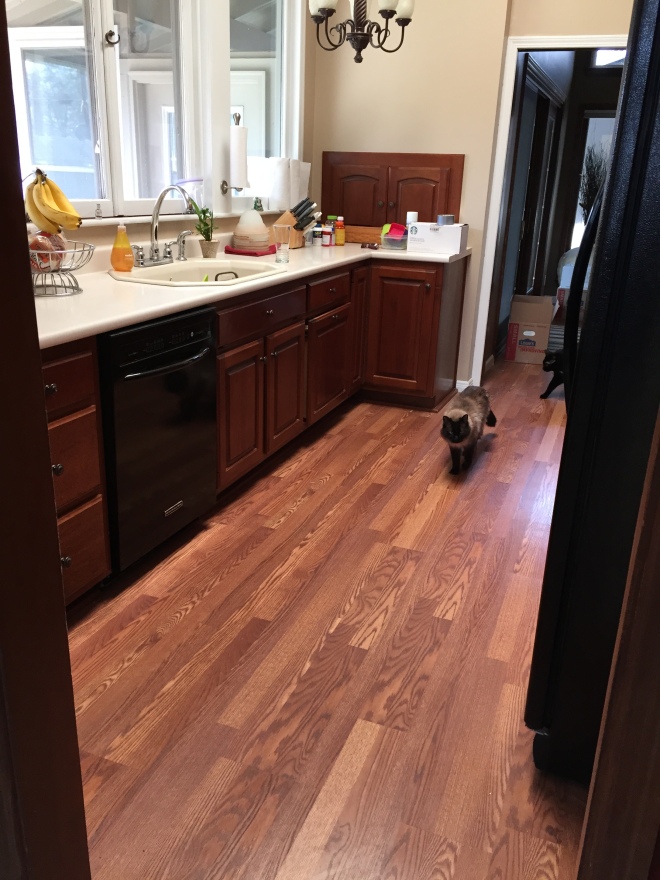 Once I got everything a “home,” there is less clutter on the countertops but I’m still trying to figure out where everything goes.

As for everything else, we have some things up popping in the hopper, so we’ll be updating more often now that our internet is back (yay).

4 thoughts on “The Right Decision”